Early this month I drove across Pennsylvania from the east side to the west, and spent five days in Oil City, PA. Oil City has both an artist relocation program and extremely affordable housing, so I decided to visit.

When I first entered the city I breathed a sigh of relief, as my first impressions were positive. I knew that if I didn't find the place to be extremely paint-worthy, I just wasn't going to be interested, but one look at the city told me there would be plenty of scenes to paint. Oil City lies along the Allegheny River, is surrounded by dramatic hills, and seems to be watched over by the commanding and elegant presence of St. Joseph's Catholic Church. 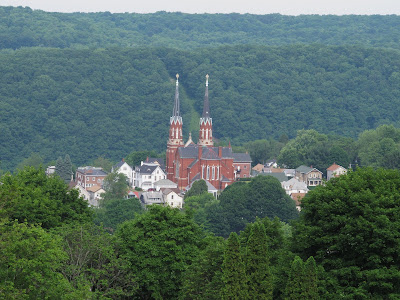 Here is another view of the same church, this time from below: 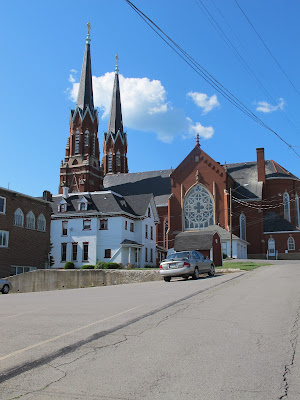 Oil City is divided by the Allegheny River into the "South Side" and "North Side". Beginning in the 1850's, barges were used to transport oil barrels down Oil Creek from Titusville, then sent on down the Allegheny River to Pittsburgh. Oil City was a boom town until the 1950's, and has suffered especially hard since the 1990's, when the companies of Quaker State, Pennzoil and Wolf's Head left town. 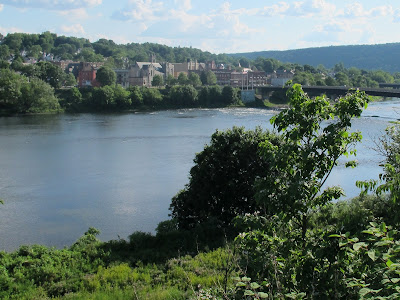 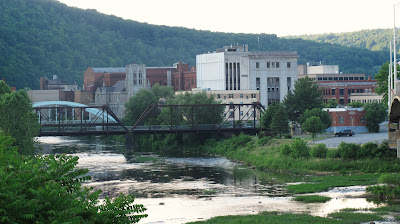 Oil City, North Side with Oil Creek entering the Allegheny

Most of my visit was spent painting outside, an excellent way to get a feel for a place as well as to meet the locals. I found the people friendly and down-to-earth. No putting on airs in Oil City! The people see what is right with their town, and also what isn't. Once while I was painting a beautiful panoramic view, a man stopped to tell me that he loves that view, and especially at night. Shortly after this an elderly woman came out of her house on a walker, carefully maneuvering her front steps to take a look at what I was doing. She pronounced Oil City as "dumpy". Since she is 85 years old and has lived here all her life, I imagine she is especially aware of all the changes Oil City has been through since the 1930s.

I visited the National Transit Studio building, where artists rent studios for .49 cents a square foot. It's an absolutely beautiful building, with space for art classes and two galleries. 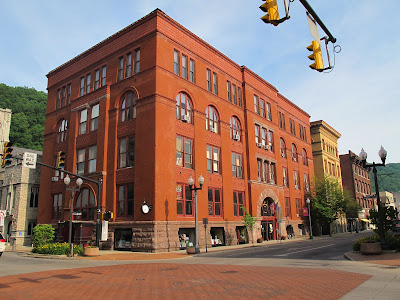 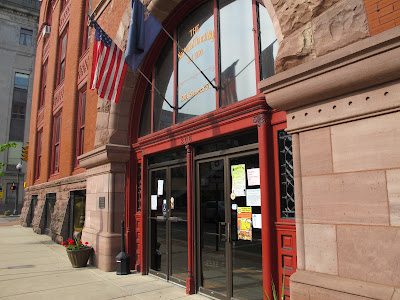 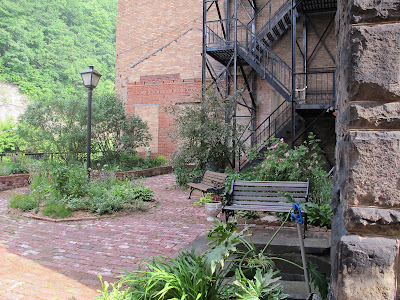 Gardens at the back of the National Transit Building

There are more than 25 artists in the building, and they come from all over the country, many of them from big cities such as Chicago and L.A.

Okay, this is not a paid advertisement, so I'm not going to hide evidence of problems. While the National Transit Building is in good shape, many of the buildings downtown are empty or in sad shape: 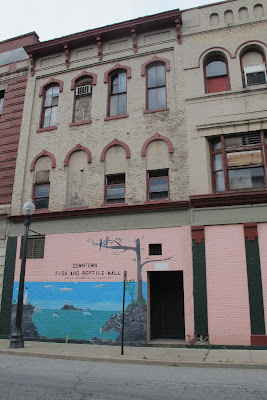 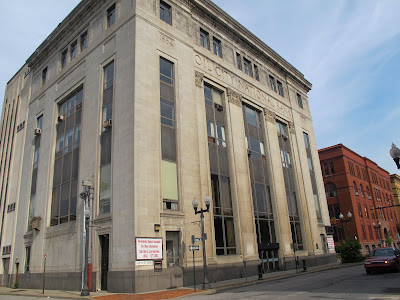 Some of the Victorian style homes are stunning: 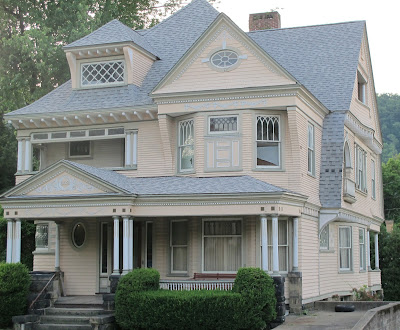 While many, many others are in need of repair: 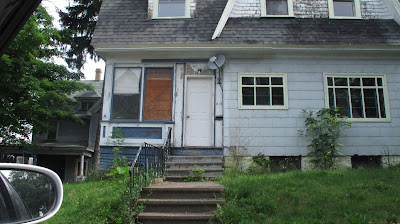 Still, $60,000 will buy you a very decent place, and how many towns can offer anything like that?

Whenever I'm in a new place it doesn't take me long to check out the local library. The Oil City Library is one of the best I've seen in a town of this size, large and comfortable and, of course, packed with books. 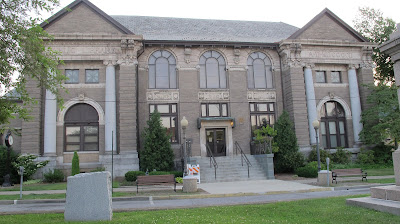 A word about the food. If I move to Oil City, I'll need to grow a large vegetable garden or belong to a CSA. I'll also take monthly drives to the Wegman's in Erie to stock up on whole grains. Simply put, the local supermarkets and restaurants do not cater to vegetarians. 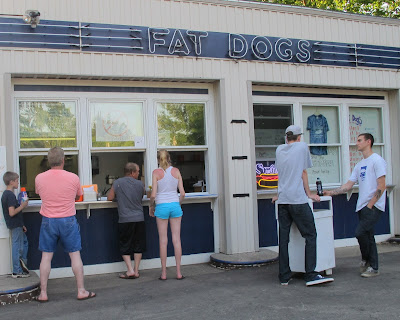 That being said, the positives about Oil City warrant giving the place some serious consideration. The affordability of the housing and studio space, the 100% financing offered to artists buying a home in the area, the natural beauty of the dramatic landscape as well as the friendliness of the people are all powerful incentives for artists to consider relocating to Oil City.

If you would like to find out more about the Oil City Artists Relocation Program, you can email Joann Wheeler for more information, and put the words "artist relocation" in your subject line. 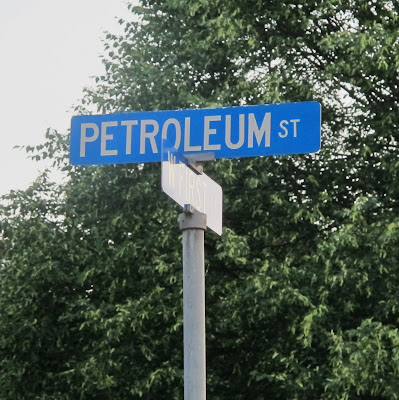