I want to share a lesson I taught my beginning oil painting students last month, as they seemed to find it especially helpful as well as intriguing and fun.

Their job was to take a color photograph and turn it into a monochromatic painting. Only a pair of compliments and white were allowed on the palette. Everyone had to premix the compliments to make one big pile, which was fairly dark. Then they made two more piles from this big pile by adding white in larger and smaller amounts. They ended up with just four piles of paint to work with- a dark color, two in-between values and white. The complex photograph with dozens of perceived values then had to be interpreted as having only four. Lots of decision making, less imitation.

Here is the photo my students worked from, along with four results. 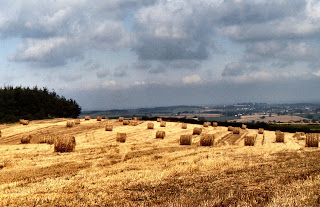 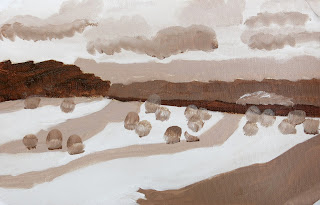 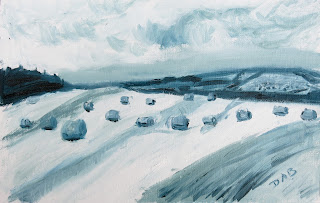 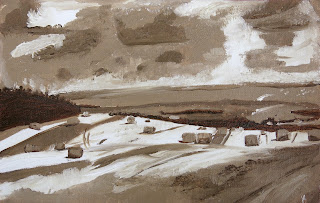 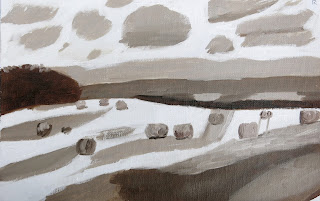 Below is a beautiful photo of Switzerland taken by my niece Sarah. I felt inspired to try the four value technique, but I went overboard and ended up cheating. I used way more than four values! But I did begin with just four, which helped me get a strong initial statement. 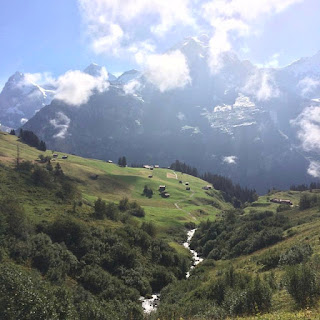 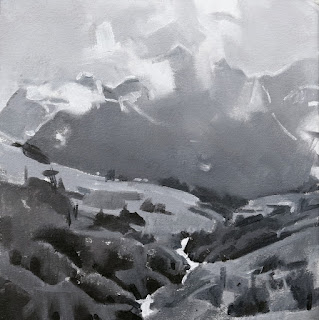