Today was the first day of my spring oil painting class for people who have some painting experience. I find teaching to be lots of work (of course!), but very stimulating and fulfilling.

I've decided to create a post for each of the eight sessions, in hope that some people might find useful information for their own teaching, or for their own use.

This first lesson involved working with only five values. Orange and blue were mixed to create a neutral and dark color, then this color was mixed with white to make three more values. White was the fifth value. A value for a specific area was chosen by peering through a pinhole, and the value was laid down with no blending- as though it were part of a mosaic. At the very end of the class just a little blending was allowed, but only after viewing the painting from a distance and choosing just a an area or two where it could be helpful.

The goal was to see the big shadow shapes, and to be forced to make continuous comparisons of values across the whole composition. When you only have five piles of paint to work with, you are forced to think in very broad terms. You are forced to simplify. It's a good way to begin a painting, no matter how much detail you might want to add later.

Here is my example of this approach, followed by some great work by my students: 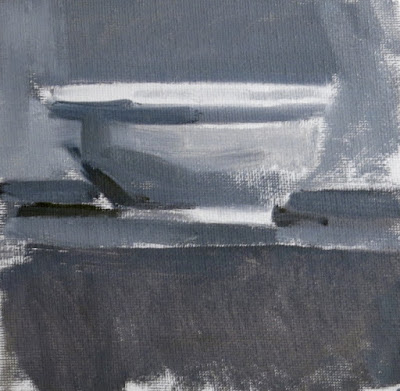 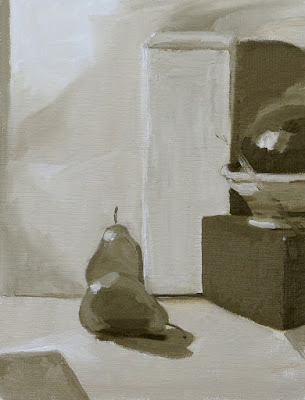 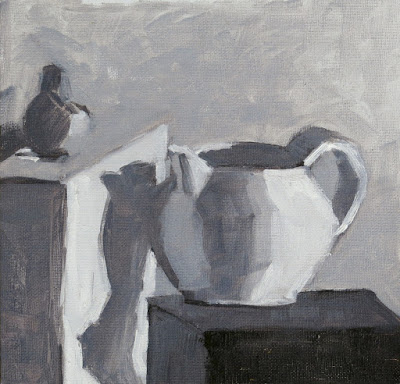 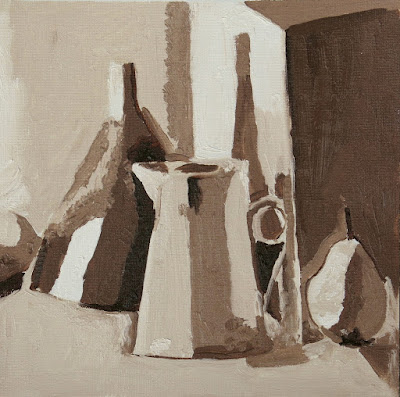